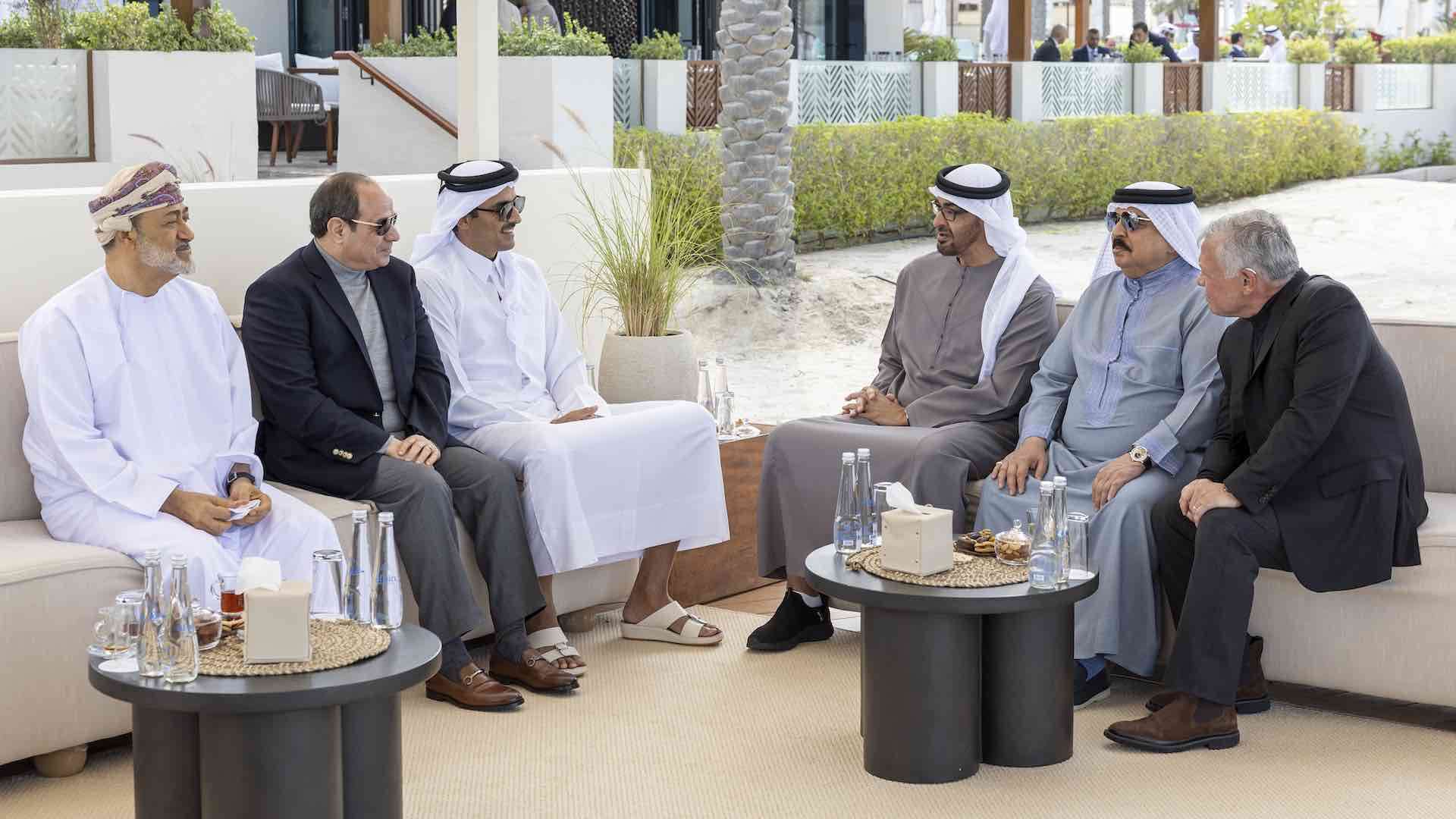 The leaders discussed fraternal relations between their countries and various tracks of joint cooperation and coordination in all fields that serve their people’s aspirations. Regional and international issues were discussed, as well as the challenges the region faces in terms of security, economics, and politics. These challenges required the need to coordinate positions and strengthen joint Arab action to combat these challenges, in order to ensure a more stable future for the region’s peoples.

Their mutual keenness for communication, consultation and continuous coordination towards various transformations in the region and the world was reiterated, as were the deep-rooted historical ties between them. To create a better future for all people in the region, they stressed cooperation between their countries and other Arab nations.