Bus fire in Pakistan has killed at least 18 flood survivors

Eight children and nine women were killed when a bus they were travelling in caught fire, killing 18 Pakistani flood survivors. According to police officer Hashim Brohi, the bus was transporting the extended family from Karachi to their hometown of Khairpur Nathan Shah after floodwaters receded there. 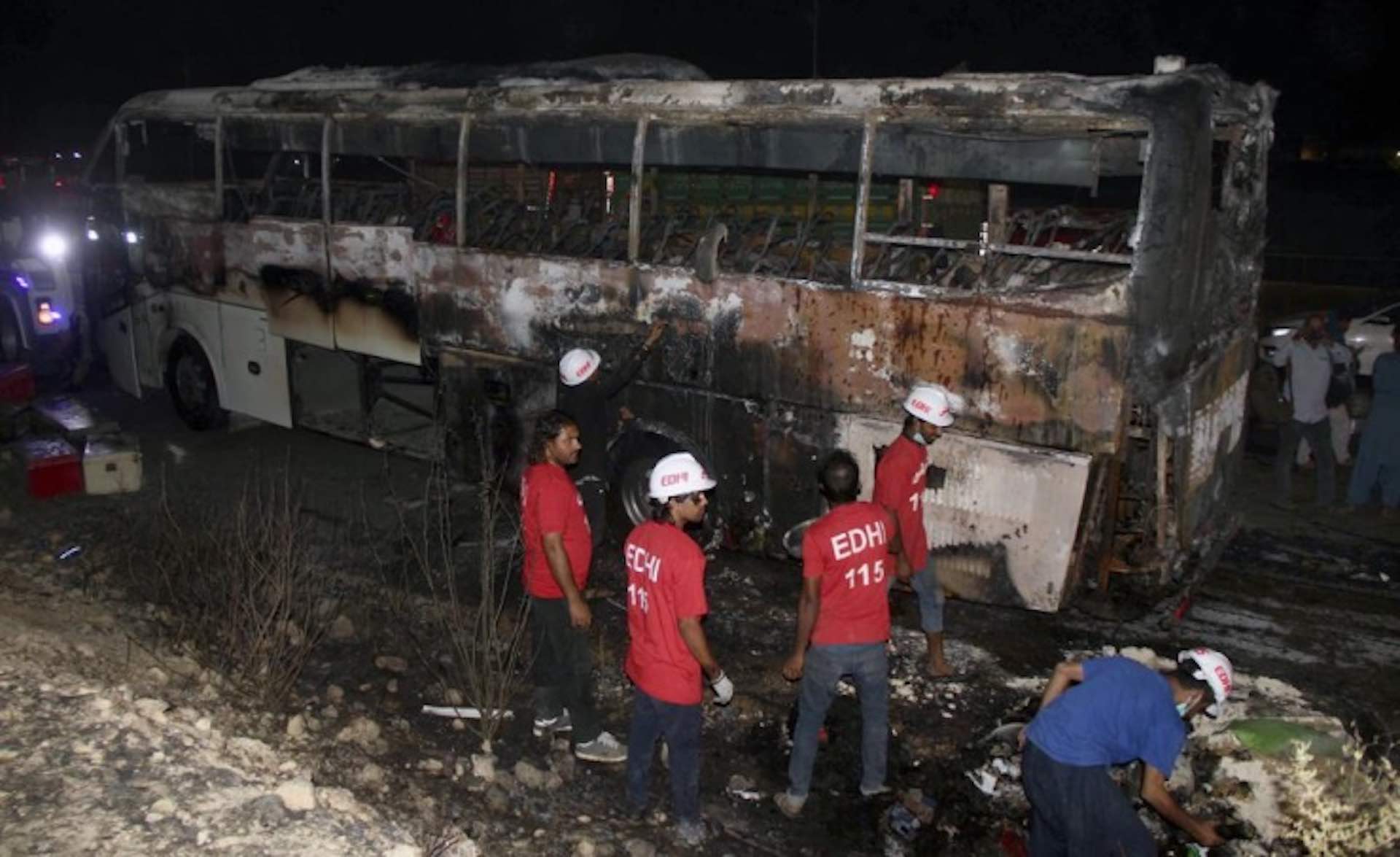 The floods in the country caused thousands of people to migrate to Karachi. According to the AP, Brohi said the incident occurred near Nooriabad hills hike, which is not far from the local police station and fire station. “It was due to the proximity of the police and fire engines that many bus passengers were saved,” Brohi said.

After the air conditioning unit short-circuited, the bus caught fire. Rescue services transferred the injured passengers to Jamshoro and Nooriabad hospitals. After legal formalities were completed, the bodies, which were charred beyond recognition, were handed over to relatives. Pakistan is notorious for bus fires due to a lack of safety standards and violation of traffic laws.