Two-year-old boy partially swallowed alive by a hippopotamus is recovering after a man stoned the animal, police said. Uganda Police Force reports that the attack occurred close to Lake Edward in Kasese District. The boy, identified by police as Paul Iga, was playing near his home when he was grabbed by the amphibious animal. The animal then swallowed half of the child’s body, police said in a news release. 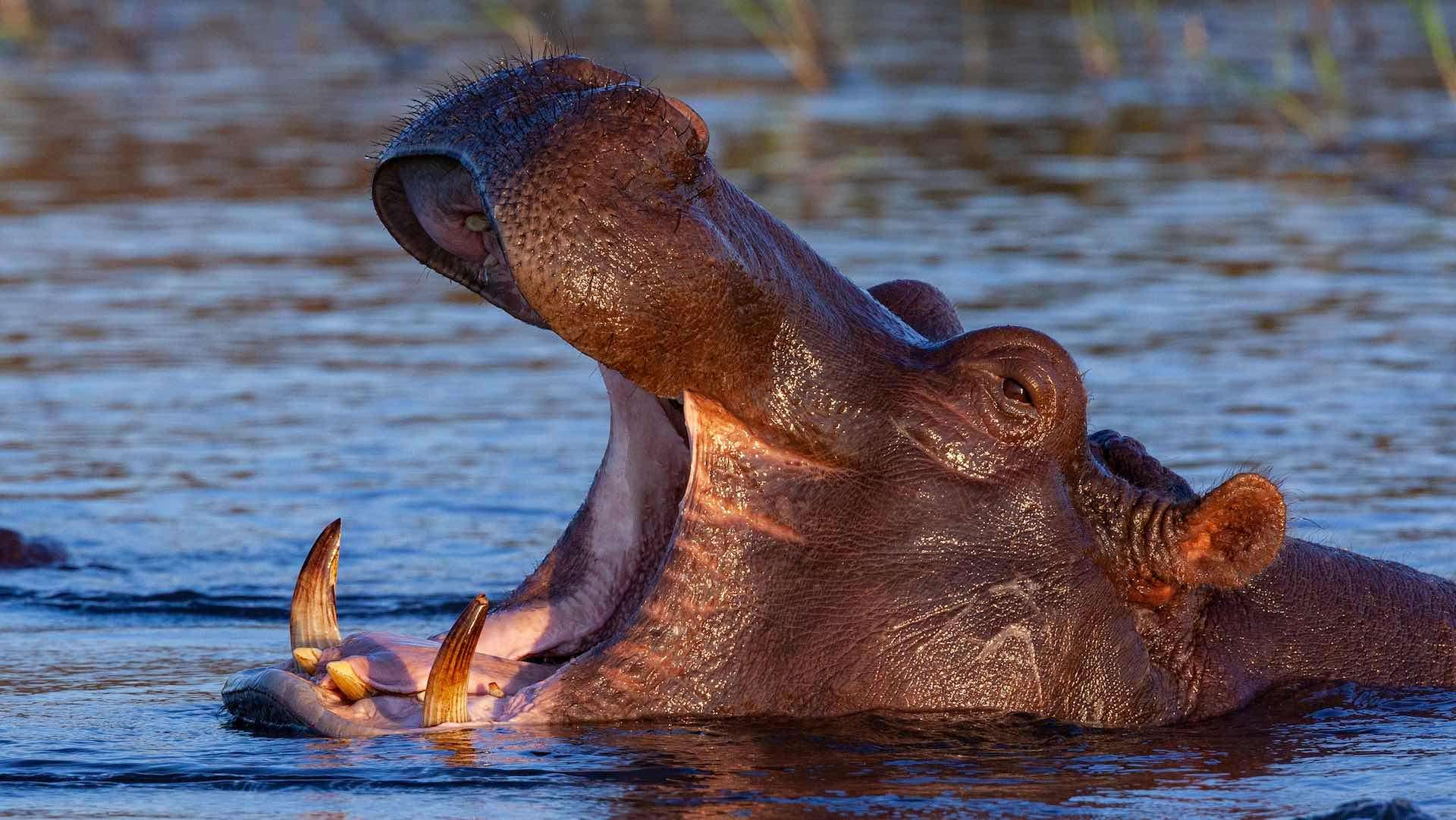 Police said a bystander watched the attack take place and threw stones at the hippo in an attempt to stop the attack. “One Chrispas Bagonza, who was nearby, stoned the hippo and scared it, causing it to release the victim from its mouth,” police said. Vaccination for rabies was administered to the boy at a hospital as a precaution, and he was released back to his parents. Apparently it was the first time that a hippo strayed out of Lake Edward and attacked a child.

Despite the fact that the hippo was scared back into the lake, residents near animal sanctuaries and habitats should be aware that wild animals are very dangerous. As the third-largest living land mammal, hippos weigh between 3,000 and 10,000 pounds, reaching over 10 feet long and five feet tall. “Any interaction with humans can cause wild animals to act strangely or aggressively.”

Hippos are aggressive, dangerous, and hungry, making them a formidable threat to other animals. Hippos have powerful canine teeth, which can reach 20 inches in length and are used for fighting predators and other hippos. These defensive traits are often necessary for African wildlife predators.