In the past few days, around 477 pilot whales have died after being stranded on two remote New Zealand beaches. Daren Grover, the general manager of Project Jonah, a nonprofit group that helps rescue whales, said all of the stranded whales died naturally or were euthanized in a “heartbreaking” loss. 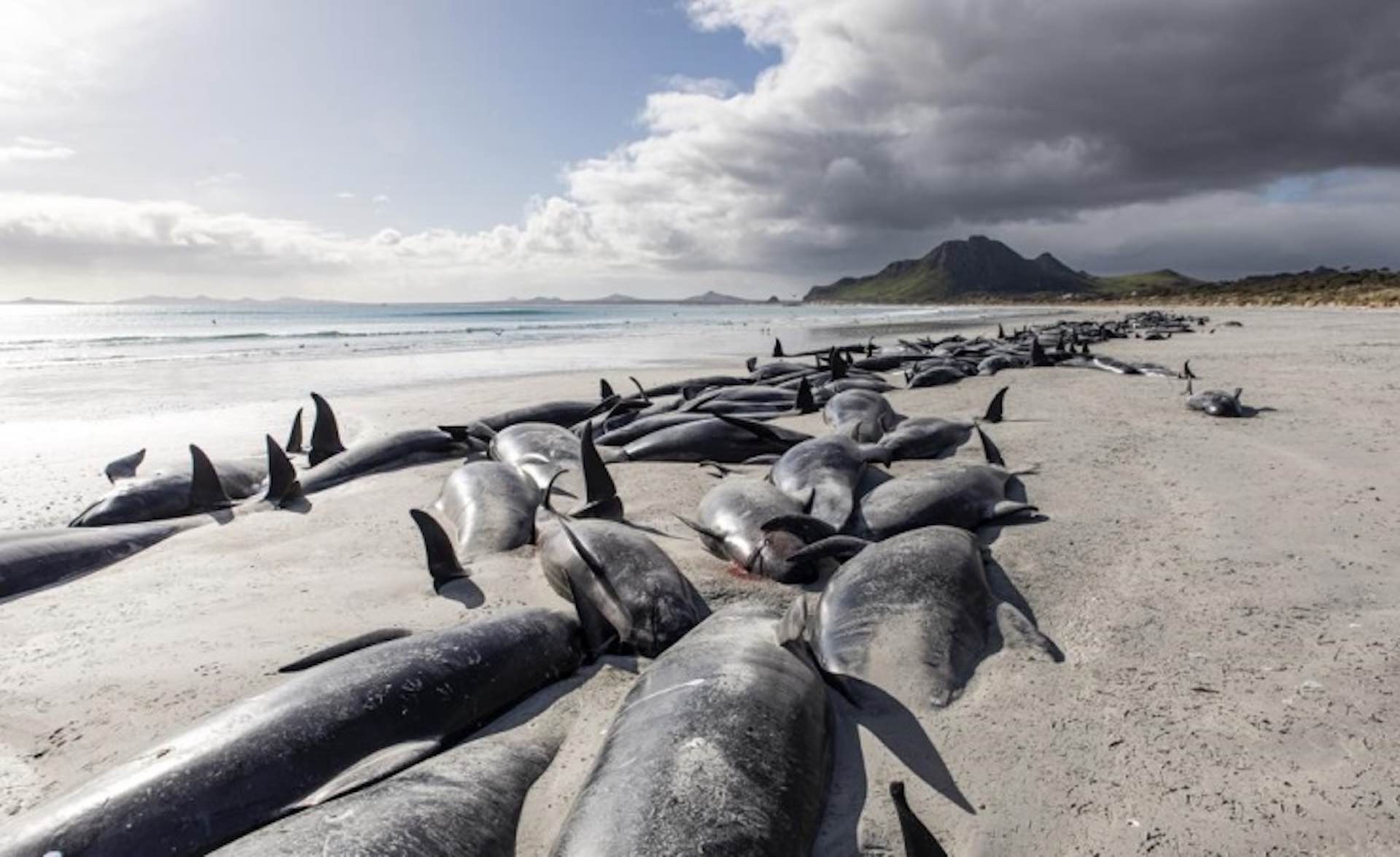 Due to the remote location and shark presence in the surrounding waters, Grover said they were not able to mobilize volunteers to refloat the whales. “The Chatham Islands do not actively refloat whales due to the risk of shark attacks to humans and the whales themselves, so euthanasia was the most humane option,” said Dave Lundquist, a conservation department technical marine advisor.

Mass strandings of pilot whales are fairly common in New Zealand, especially during the summer. There is no clear explanation for why whales strand, but gently sloping sandy beaches may confuse their location systems. According to Grover, the whales find a lot of food around the Chatham Islands, and as they swim closer to land, they find shallower water.

In spite of the fact that they rely on echolocation, they don’t know when they are running out of water, Grover said. As they get closer to shore, they become disoriented, and the tide can drop from below them before they know it and they’re stranded.” Grover said the carcasses will not be buried or towed out to sea due to the remote location of the beaches. Instead, they will be left to decompose.