Major General Mattar Salim Al Balushi, Commander of the Royal Army of Oman (RAO) received in his office at Al Murtafa’a Garrison today a delegation of the Military Training Committee of the State of Palestine under the leadership of Major General Mahmoud Fouad Saleem. 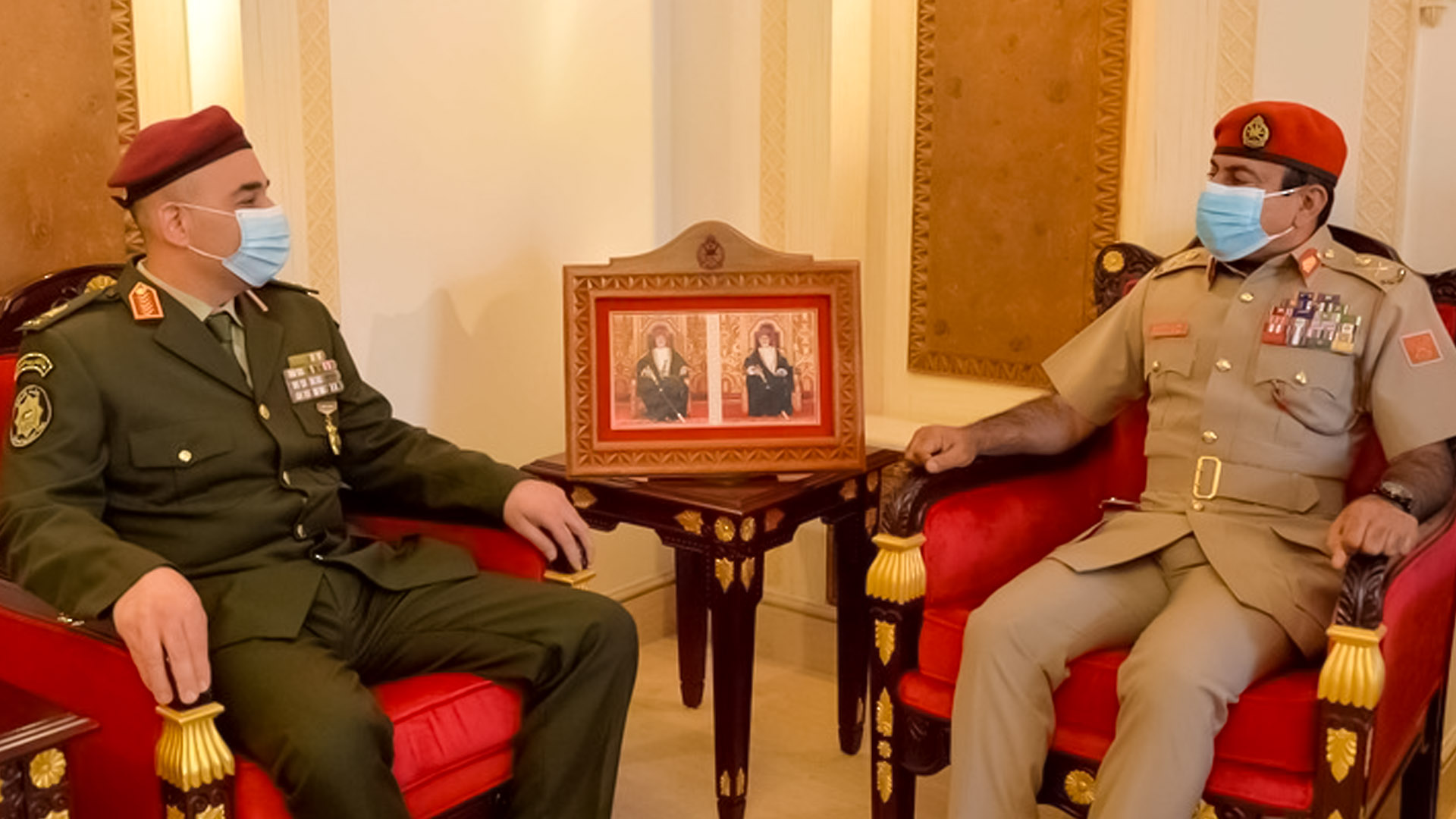 There were a number of topics of mutual interest discussed between the two sides. The meeting was attended by AirCommodore Nasser Said Al Saadi, Army Assistant Chief of Staff for Training and Joint Drills, as well as Ambassador of Palestine to Oman.