Sayyid Badr Hamad Al Busaidi, Foreign Minister of Oman met with President Dr. Hussein Ali Mwinyi of Zanzibar. The meeting comes within the framework of Sayyid Badr’s visit to the United Republic of Tanzania. Sayyid Badr conveyed the greetings of His Majesty Sultan Haitham bin Tarik along with his best wishes of permanent health and happiness to President Mwinyi. His Majesty also wished the two countries further progress and growth in their relations. 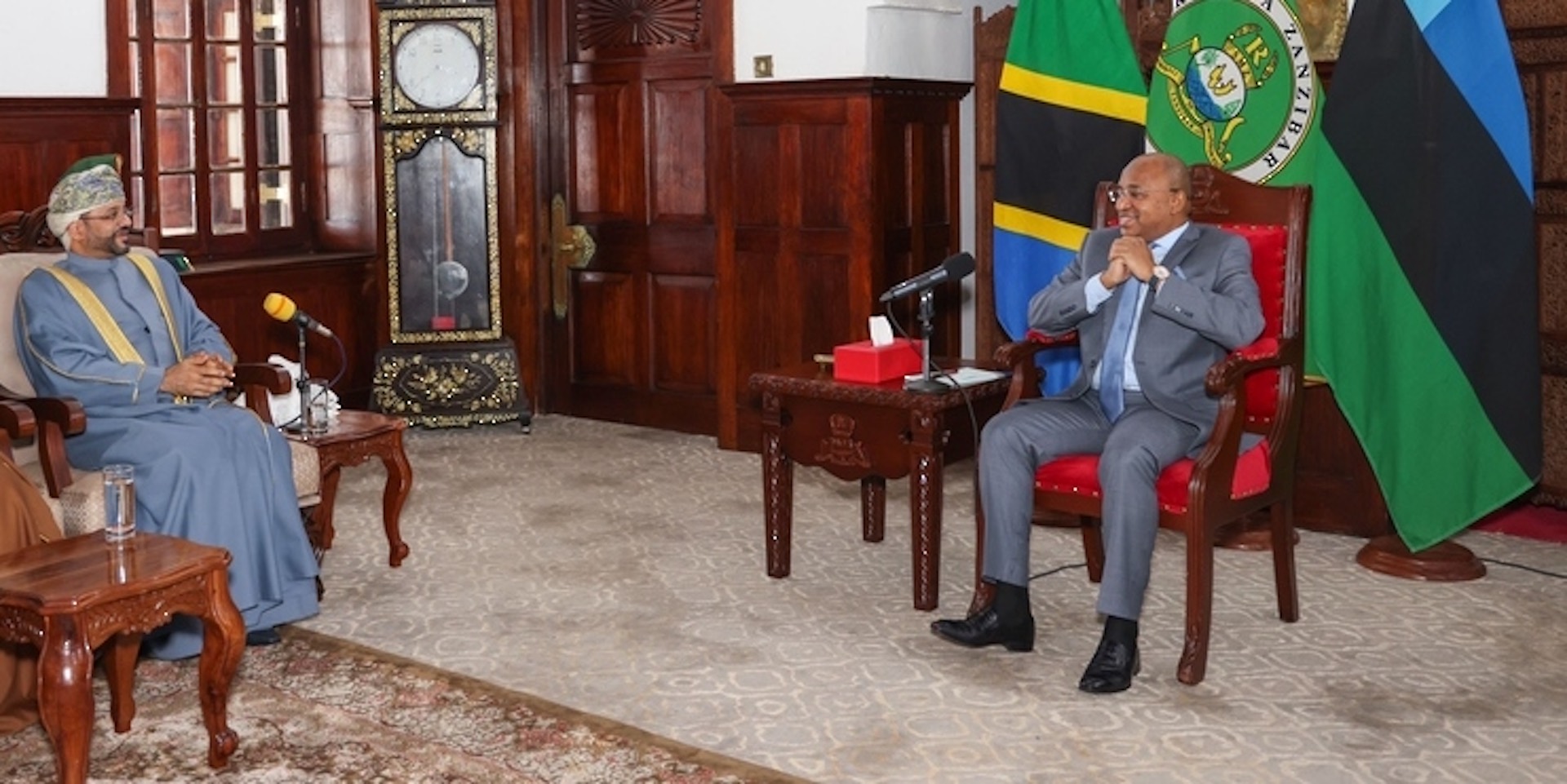 Mr. Mwinyi has asked Sayyid Badr to convey his greetings and best wishes to His Majesty the Sultan. Additionally, he wished the Omani people continuous prosperity and progress. They discussed historical relations between the two countries as well as constructive cooperation in the economic, cultural, and investment spheres. In addition, they expressed their governments’ desire to promote business and investment collaboration to benefit their shared interests.