President Sergio Mattarella, the President of Italy, has awarded a knighthood to Talal Sulaiman Al Rahbi, the Deputy Chairman of the Oman Vision 2040 Implementation Follow-Up Unit. At a ceremony held at the embassy’s premises, Federica Favi, Ambassador of Italy to the Sultanate of Oman, presented the medal to Al Rahbi. The ambassador hailed Al Rahbi for his contribution to the consolidation of relations between Italy and Oman in the economic field, pointing to his former role as deputy secretary-general of the Supreme Council for Planning as a driving force. 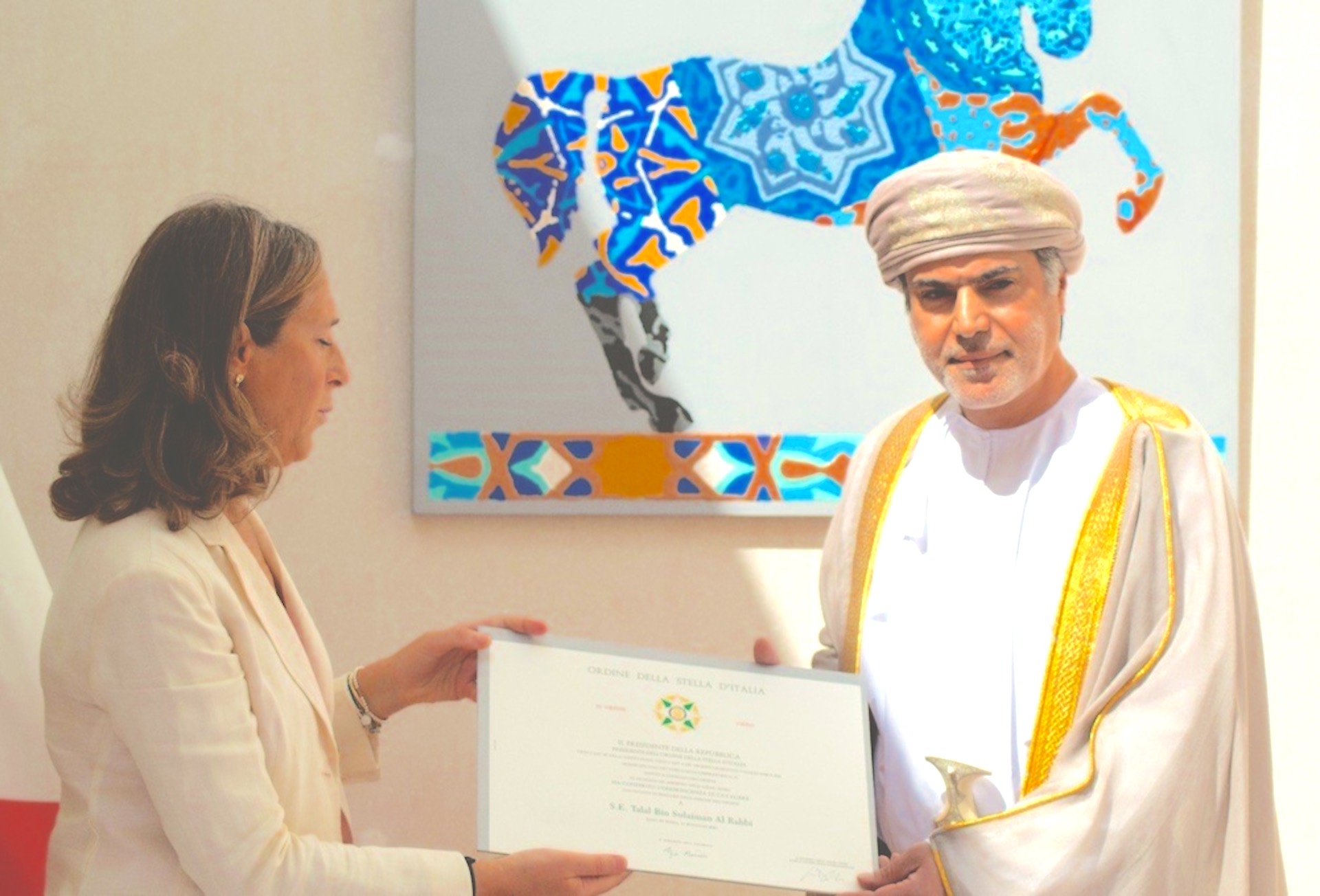 In his previous post as well as his current position as Deputy Chairman of Oman Vision 2040 Implementation Follow-Up Unit since 2020, Al Rahbi contributed to the success of bilateral forums and activities of the Oman-Italy Joint Commission in 2017, as well as the Rome-based Middle East dialogue forums, she said.