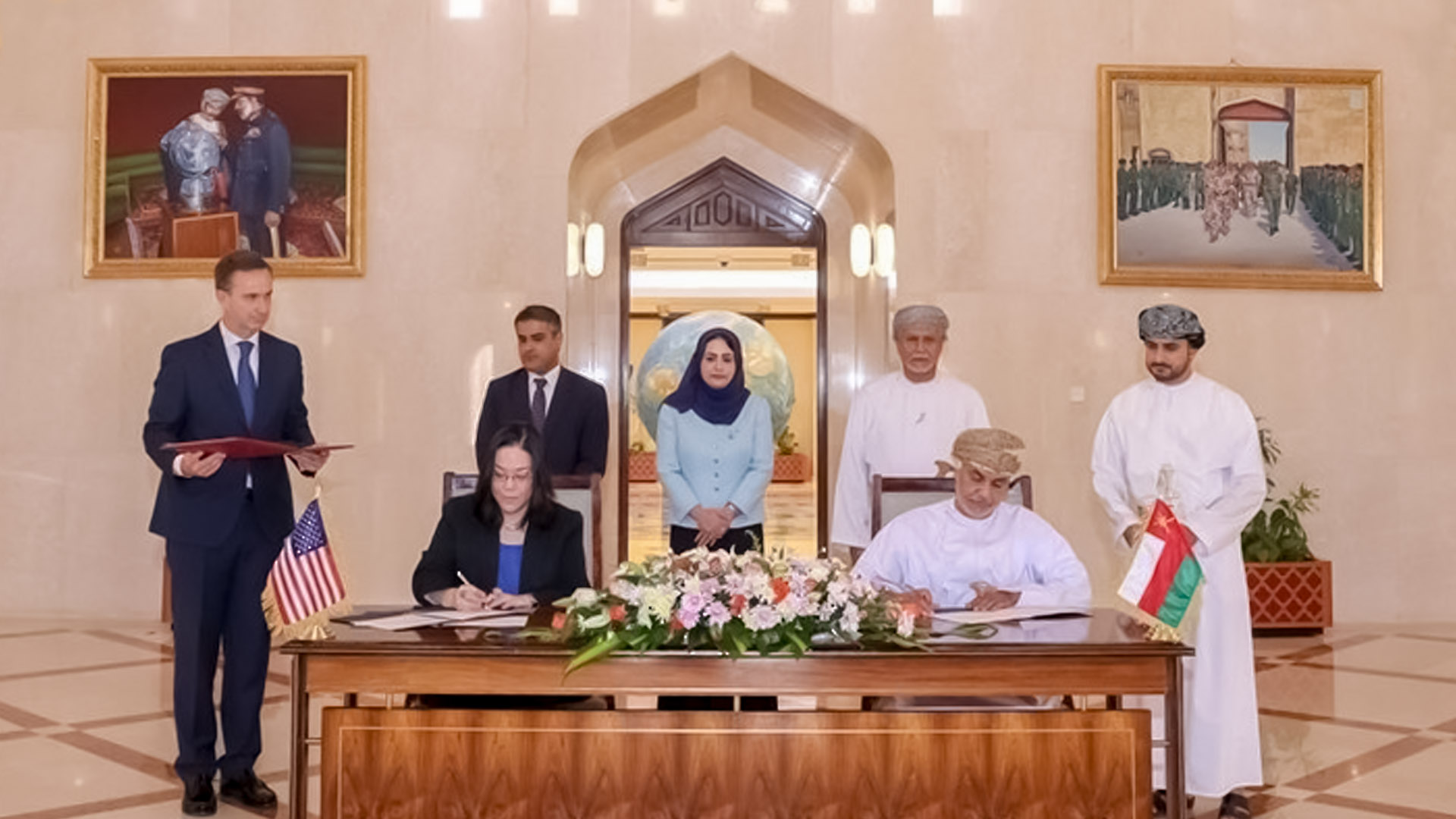 Under the terms of the agreement, the spouses of diplomats at diplomatic missions are eligible to work in non-governmental organizations in the host country. The agreement falls within the framework of the advanced relations between Oman and the United States and affirms the eagerness of both nations to boost their cooperation.