First observations of a new type of proton aurora around Mars have been made by the Emirates Mars Mission (EMM), the first interplanetary exploration by an Arab nation. The spatially variable proton aurora may provide new insight into the Martian atmosphere’s unexpected behavior. In order to fully characterize these observations, the EMM team worked with NASA‘s MAVEN mission (Mars Atmosphere and Volatile Evolution). EMM’s global aurora images combined with MAVEN’s local plasma observations open up new avenues for understanding Mars’ enigmatic aurora. 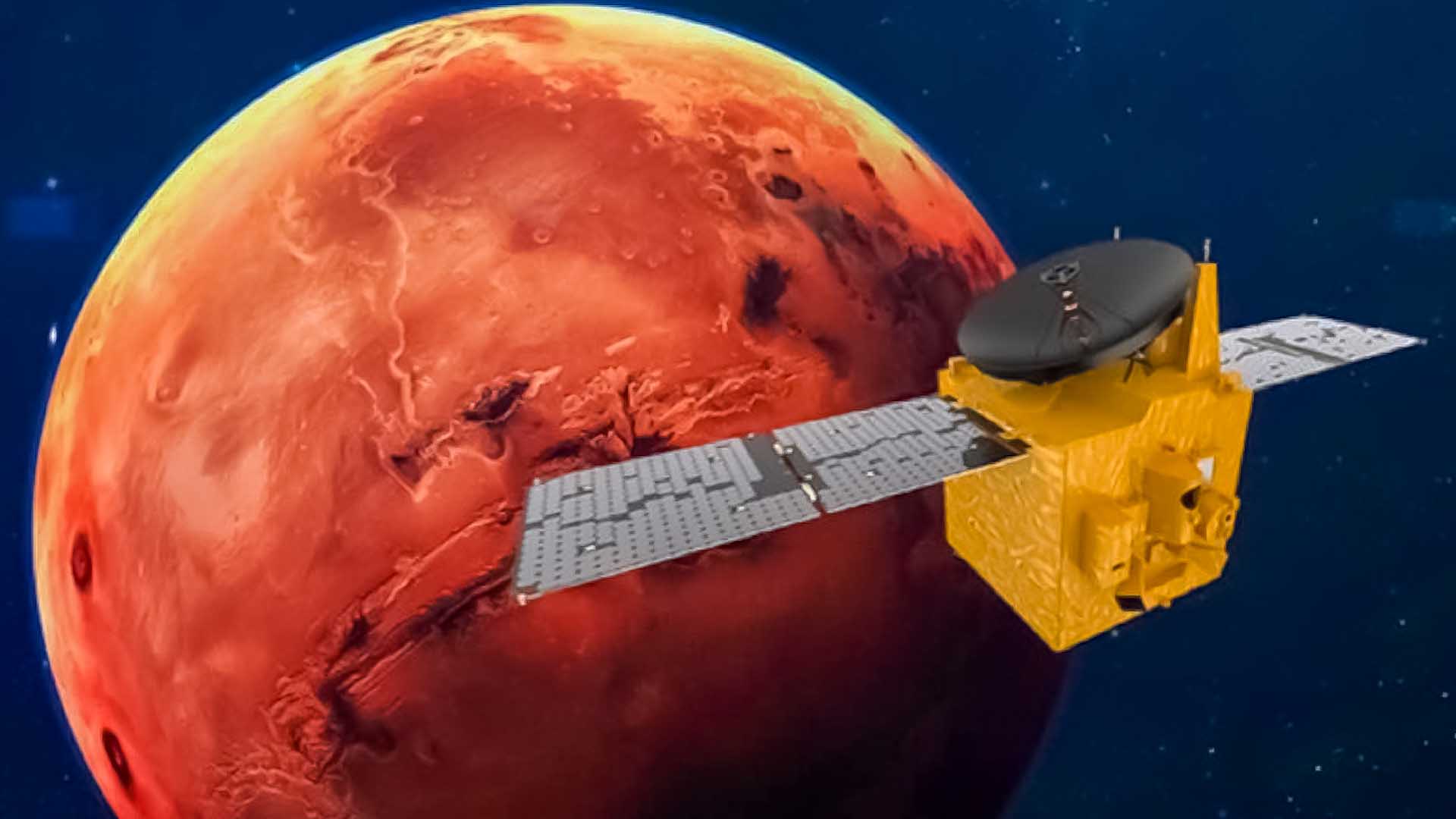 When the solar wind directly impacts Mars’ dayside upper atmosphere, it emits ultraviolet light as it slows down, resulting in this patchy proton aurora. The observation was made using snapshots of the dayside disk obtained by the Emirates Mars Ultraviolet Spectrometer (EMUS), which probes the planet’s upper atmosphere and exosphere for changes in atmospheric composition.

Auroras appear as bright regions across the dayside of the planet at two ultraviolet wavelengths associated with the hydrogen atom: Lyman beta at 102.6 nm and Lyman alpha at 121.6 nm. At these wavelengths, the dayside disk of a planet is uniform, and its brightness is caused by hydrogen atoms scattering sunlight. During the aurora, small regions of the planet become much brighter at these wavelengths, indicating intense atmospheric energy deposition.

A data sharing agreement between EMM and MAVEN allows analysis of new EMM images using plasma observations made by MAVEN, which has been characterizing the Mars ionosphere and magnetosphere since 2014. A full suite of plasma instruments was carried by MAVEN, including a magnetometer, 2 ion electrostatic analyzers, and other instruments that were used to measure Martian plasmas and fields during EMM’s observations of the patchy proton aurora events that occurred on Mars.