There will be a Pacific-Rim summit taking place in the capital of Thailand this week that will focus on competition between great powers in Asia, inflation, food and energy shortages. Two closed-door sessions will be held Friday and Saturday between the leaders of the 21 member countries of the Asia-Pacific Economic Cooperation Forum. Some will attend this third face-to-face meeting in two weeks, though Vice President Kamala Harris instead of President Joe Biden is representing the U.S. in Bangkok. 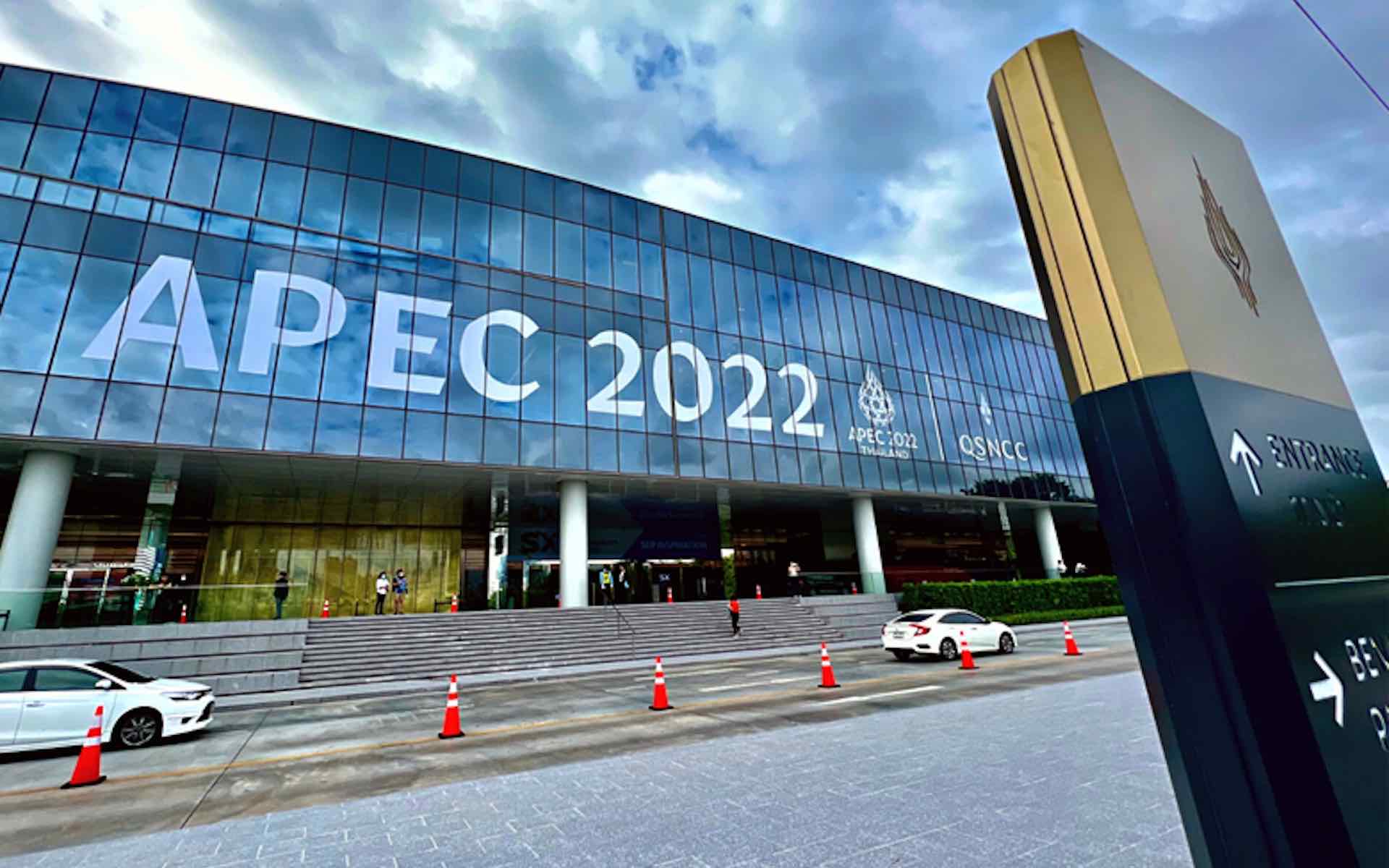 APEC promotes regional economic integration as its official mission. During the summit, most business is conducted in side meetings, such as the meeting between Chinese President Xi Jinping and Japanese Prime Minister Fumio Kishida. Historically, the two Asian powers have had tense relations, a result of Japan’s World War II aggression and China’s growing military might. According to the Associated Press (AP), Chinese Foreign Ministry spokesperson Mao Ning said the meeting would be “very significant.”

In addition to speaking at the summit, Xi, Harris, and French President Emmanuel Macron will also speak at a business conference just before the summit. This conference is mostly closed to the media except for outlets sponsoring it. As part of the APEC meetings, Bangkok’s main convention center has been cordoned off, with some streets completely closed to traffic. Thailand’s determination to ensure no disruptions to the summit was evident in rows of riot police guarding a major intersection nearby.

“The APEC meeting this year takes place amidst a dual jeopardy. We do not need to be reminded of the severe security conflicts that do not know what victory looks like. As a result, the world is faced with hyperinflation, recession, a broken supply chain, scarcity, and climate change,” Thailand’s foreign minister Don Pramudwinai said, opening a meeting of foreign ministers and commerce ministers to work on draft statements.

“What we will do is to have all economies agree on a set of targets… climate change mitigation, sustainable trade and investment, conservation of environmental resources, and waste management,” said Cherdchai Chaivaivid, director-general of the Thailand Department of International Economic Affairs. “This is the first time APEC will talk about this. We are opening a new chapter in trade, business, and investment.”

As Thai officials stated before the summit, they hoped to steer APEC toward long-term solutions to climate change, economic disruptions, and pandemic recovery issues. The official mission of APEC is to promote regional economic integration, which means setting long-term guidelines for free trade. Almost all of its work is technical and incremental, carried out by senior officials and ministers, covering areas such as trade, tourism, forestry, health, food, security, small and medium-sized enterprises and women’s empowerment.

It is not uncommon for leaders from the 21 economies on both sides of the Pacific Ocean to conduct bilateral talks and discuss side deals during these meetings. The Latin American contingent is made up of Chileans, Mexicans, and Peruvians. A number of other countries are members, including Australia, Brunei, Canada, China, Hong Kong, Indonesia, Japan, Malaysia, New Zealand, Papua New Guinea, the Philippines, Russia, Singapore, South Korea, Taiwan, Thailand, the United States, and Vietnam.

There will be no appearances by Russian President Vladimir Putin and U.S. President Joe Biden this year. Aside from Putin avoiding international forums, Biden is hosting his granddaughter’s wedding at the White House. Chinese leader Xi Jinping is the key attendee in Bangkok. He is also making an official visit to Thailand just a few days after winning a rare third term as top leader of the Communist Party.

As a result of skipping the APEC meetings, Biden is giving ground to China in Southeast Asia’s competition for friends and influence. Officials say Washington has demonstrated its seriousness about relations with the region through frequent visits by high-ranking officials, including Secretary of Defense Lloyd J. Austin III.

As host, Thailand invited three special guests to the meeting: French president Macron; Crown Prince Mohammed bin Salman, the prime minister of Saudi Arabia; and Cambodian Prime Minister Hun Sen, who was supposed to represent the Association of Southeast Asian Nations, but will not attend after getting COVID-19.